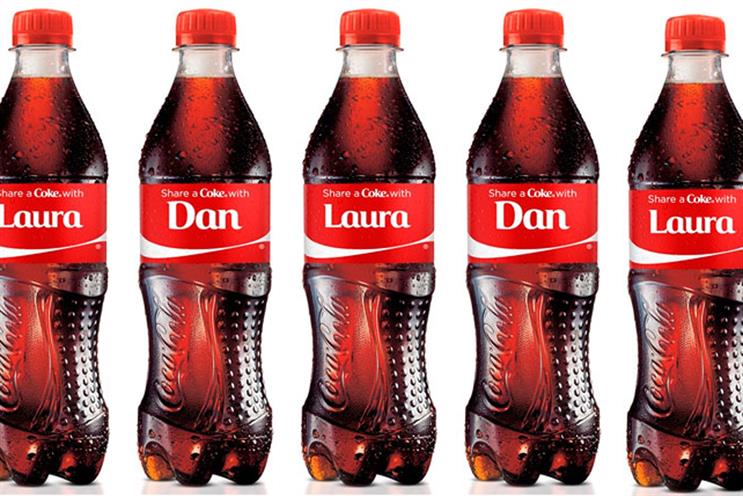 What’s in a name? Personalisation of labels is paying off

In an age where it has never been easier for customers to get in touch with the brands they are consuming thanks to the medium of social media, brands are continually looking for increasingly inventive ways to engage their audience.

As a result, an evolution of the labelling industry is taking place. The days where labels were purely used as a vehicle for information that organisations were legally required to display on their products appear to be limited.

Instead, the function of this humble part of an item’s packaging is taking on a whole new meaning and could be considered as a valuable tool in connecting with consumers in the future.

This is largely because a label forms a significant part of what an individual will associate with the brand. Take Coca-Cola, for example. If it were simply supplied in a clear bottle, it could easily be mistaken with any other carbonated liquid of a similar colour.

However, Coca-Cola has taken this association one step further, by taking measures to reach out to the buyer. With the ‘personalised’ name labels making a return to the nation’s shelves, the brand obviously feels as though it was a strategy that worked very well the first time around.

But why is this the case? For a start, it markets itself. People posting pictures of themselves with a bottle with their name on it on Facebook or Twitter only helps to increase awareness of the brand and encourages others to do the same, ensuring a snowball effect takes place.

Furthermore, it gives Coca-Cola more opportunities to sell its product, with customers able to purchase personalised glass bottles with their names on from the company’s website and even use social media channels to request friends to track down their specific name label in local stores.

But this is only one example when it comes to labels the consumer is able to engage in. At Fine Cut, we can incorporate QR codes onto labels if they’re requested and this method of communicating with an audience is becoming increasingly widespread.

Recent research published by mobile engagements solutions organisation ScanBuy revealed more people than ever before are now using the technology to access a wealth of information they wouldn’t normally have access to.

What’s more, because of the online nature of this innovation, consumers who use their smart devices to scan the codes while they are on-the-go can interact with the product they have – or are thinking of – purchasing, providing reviews and even receiving special offers by doing so.

Between January and March this year, more than 22 million instances of using QR-related technology occurred, which is 20 per cent more than in the first quarter of 2013.

With this in mind, companies that have used the same approach to labelling their products for years can no longer afford to stand still. If they do, they risk handing the competitive advantage to rival firms that are interested in trying these new methods and shifting the way their labels are used.

“Another great service, very happy with the products. I’ll try and send some more your way.”

“Everyone here is very impressed with the tool cases, so thank you very much for doing a splendid job with them!”

“Hi Peter I have received the overlays this morning, I would just like to say how happy I am with the finished product. The quality is really good and they fit...”

“Thanks for excellent job you did on the copper panels. The end result was fantastic.”

What's in a name? Personalisation of labels is paying off